President Donald Trump has recently faced criticism for his decision to authorize $12 billion in programs to assist farmers hurt by tariffs. "The $12 billion must either come from reduced government spending, higher taxes or increased debt," said UC Davis professor Aaron Smith. "Increased debt suggests that future households will pay for it in the form of higher taxes, reduced spending or higher inflation. Households pay tax at different rates and they would be affected differently by … what, if any, reductions in spending occurred." ARE Professor Brian Wright agreed that the monetary burden is likely to be distributed unevenly. In the article regarding the misleading Facebook graphic, Professor Wright told Politifact it will probably "fall more on the younger part of the population (since they) will have to deal with the deficit for some time." 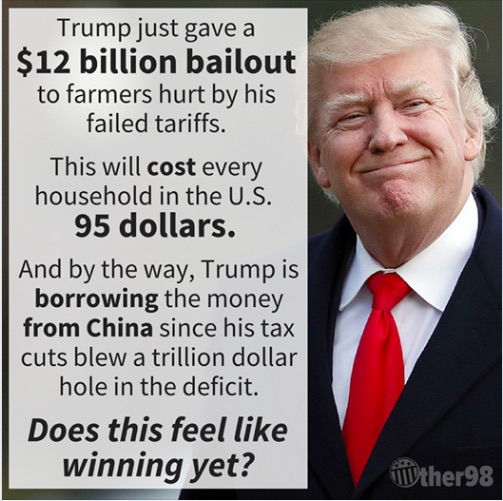