ARE is very pleased to announce that Professor Peter Berck is the recipient of the 2018 College of Natural Resources (CNR) Distinguished Teaching Award.  Professor Berck received the prestigious award at the CNR Graduation Commencement Ceremony held at the Greek Theater, Saturday May 12th. His acceptance speech was a true highlight of the ceremony.

View here the 4 minutes of the Speech titled "The Red Queen".

Some student comments from his course evaluations, and quoted in his nomination letter include: "Great teacher"; "Very exciting lectures"; "Made himself very available"; "The breadth of information was unbelievable"; "He is engaging, funny, and cares about his students a lot"; "His encouragement has propelled me forward even when I have felt discouraged"; and, "He is one of the most approachable professors I've encountered." In addition to his teaching, Professor Berck is recognized for his student advising, the authoring of textbooks, his work as cofounder of the Global Environment Theme House (GETH), and his mentoring of GSIs and undergraduates.

In summation, as one supporting letter states "Over the course of his long career, Peter has shaped the intellects of thousands of students who have gone on to become successful academics, environmental policy specialists, consultants, economists, and government employess at every level of local, state, and federal government.

Peter wearing Nordic academic top hat of Ph.D. recipients in Sweden, a Doktorshatt, in recognition of the honorary doctorate degrees he holds from both the University of Gothenburg and Umea University. 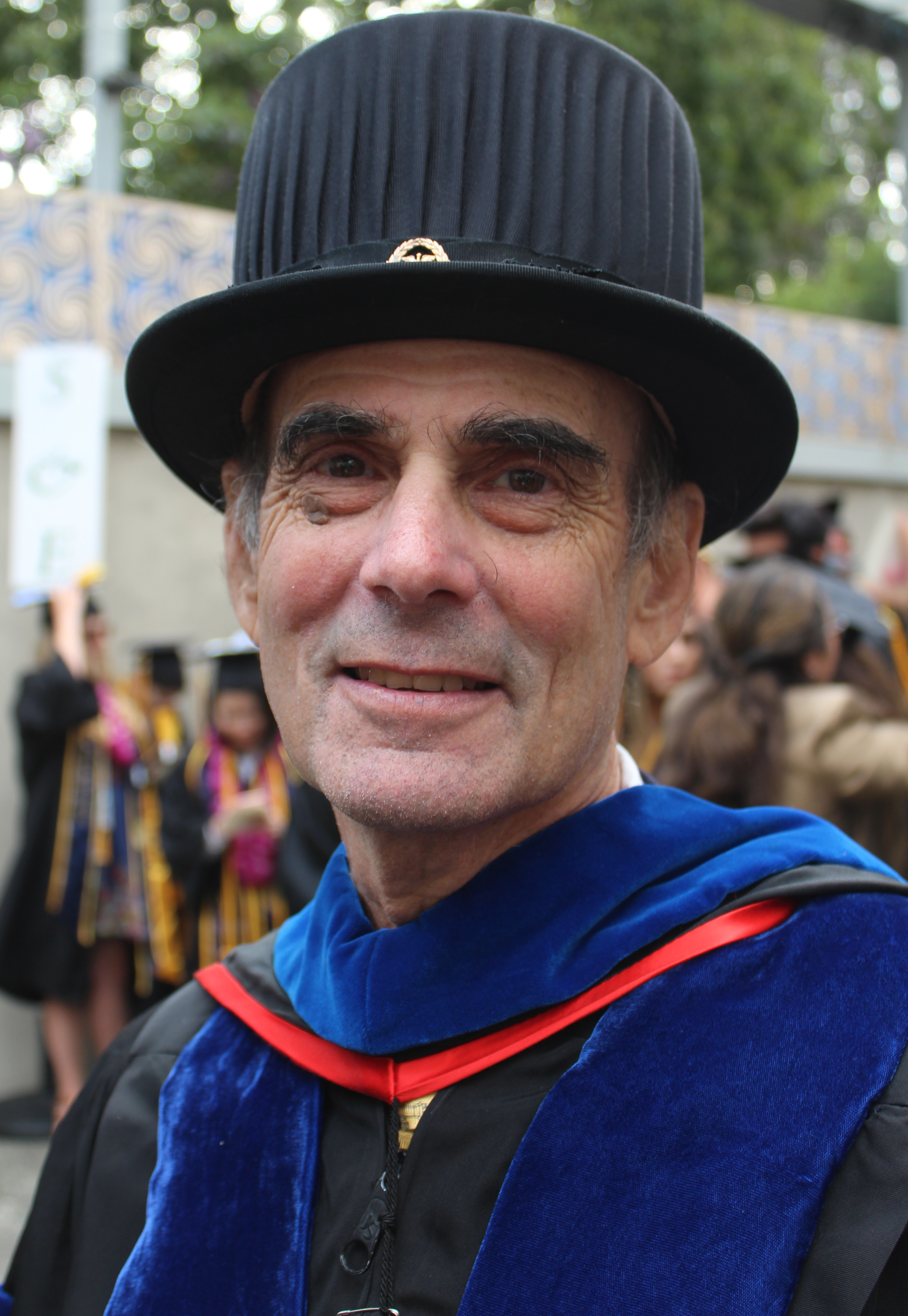