Two Agricultural and Resource Economics graduate students have been selected to serve at the While House for the 2016-17 academic year.  Allyson Barnett and Stephen Harrell will be representing ARE in Washington, D.C. starting August 2016, for a 12-month period.  Their work and research will directly support the United States Office of the President.

Third year ARE doctoral student Allyson Barnett will be working as an Associate Fellow with the Social Behavioral Sciences Team. The Social and Behavioral Sciences Team (SBST) is comprised of leading behavioral scientists and innovators from across the country and is organized under the National Science and Technology Council, and receives particular support from the Office of Evaluation Sciences (OES) at the General Services Administration (GSA). SBST translates findings and methods from the social and behavioral sciences into improvements in Federal policies and programs. “A growing body of evidence demonstrates that behavioral science insights — research findings from fields such as behavioral economics and psychology about how people make decisions and act on them — can be used to design government policies to better serve the American people…” — President Barack Obama.  Allyson will be coordinating with federal agencies to use economic research to improve government efficiency.

Third year ARE doctoral student Stephen Harrell has been selected to work with the President’s Council of Economic Advisers (CEA) as a Staff Economist. Stephen will primarily be working on the labor team, which will involve analyzing monthly job reports, working on briefings about the state of the labor market, and working on labor policy content for the annual Economic Report of the President.  The CEA is an agency within the Executive Office of the President and was established by Congress in the Employment Act of 1946. It is charged with offering the President objective economic advice on the formulation of both domestic and international economic policy. The Council bases its recommendations and analysis on economic research and empirical evidence, using the best data available to support the President in setting the nation's economic policy.

Congratulations to Allyson and Stephen on these impressive achievements!  We wish them the best experience possible. 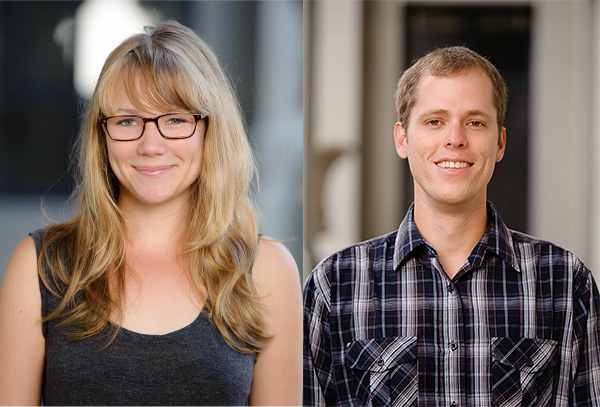