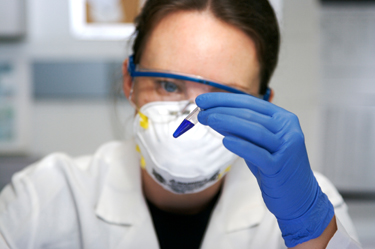 University research funded by industry yields inventions that were more likely to result in patents and licenses than federally funded research alone, an analysis finds. (iStockphoto)

Academic research sponsored by industry has a strong track record of leading to innovative patents and licenses, challenging assumptions that corporate support skews science toward inventions that are less accessible and less useful to others than those funded by the government or non-profit organizations, according to a new analysis.

The findings, published today (Wednesday, March 19) in a commentary in the journal Nature, are based upon a study of two decades of records from the University of California system.

The authors, led by Brian Wright, UC Berkeley professor of agricultural and resource economics, analyzed 12,516 inventions and related licenses at nine UC campuses and three associated national laboratories. The inventions were disclosed between 1990 and 2005, and licensing activity was analyzed through 2010. Of the inventions, nearly 1,500 were supported at least partly by private industry. (UC Merced, the 10th UC campus, was not included because it opened in 2005.)

“This runs counter to the expectation that corporate-sponsored inventions have narrow applications, and so create … few benefits for others,” the authors wrote.

Read the complete article at the source.